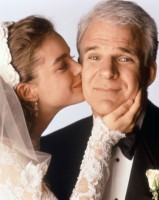 In a famous scene from the Steve Martin remake of “Father of the Bride,” Martin’s character heads to the supermarket in a huff, tasked by his wife to buy something for dinner. Frustrated that hot dogs come in packages of eight and buns in packages of 12, Martin begins opening the bun packages and ripping out the extra buns, telling a stunned clerk that he is removing the “superfluous” buns because he’s tired of being had.

Of course, superfluous means extra, and in the movie, the line gets great laughs, partly because Martin’s character enunciates it for great effect, and partly because it’s one of those words that people sometimes use to make themselves sound smarter.

The English language has an enormous vocabulary seemingly capable of capturing every shade of nuance. But with it comes hazards. In the right context, superfluous can be a good choice. But in business, when composing an email or writing a report, use extra instead.

In other words, don’t bog down your business communication with big words if a more concise substitute is available. Consider, for example, using buy instead of purchase, start instead of commence, or grow instead of cultivate.

Smaller words are generally easier to read, and your communications are better understood. Don’t worry if your sentences sound too simple or too short. Brevity is good for business. Leave the long words for literature.

Take the following two sentences. Which one is easier to read?

1.  The team utilized its training and was able to accelerate its growth strategy, thereby differentiating itself from its competitors.

2.  The team used its training and sped up its growth strategy, outpacing its competitors.

A good way to check your vocabulary choices is to review what you’ve written. Read it aloud. Are there words you stumble on, or don’t quite understand what they mean? If so, replace them. You don’t want people scrambling for a dictionary with each email you send.

Also, keep in mind that most Latin loan words often have a shorter English counterpart, such as imbibe vs. drink, incline vs. lean, or transport vs. carry.

Lastly, don’t over do it. While Steve Martin’s character scored points for using superfluous in a sentence, it ultimately landed him in jail. You want people to understand you, and the best way to do that is to use common language and everyday words.

Happy New Year!  Surely your number one resolution is to improve your business and technical…

After reviewing hundreds of writing samples from workshops in 2011, three writing basics stand out…

Escalation.  Urgent.  Never.  Inability.  Unsound.  Failure.  The use of these words in email can put…